The femme fatale of musicals and cabaret shows, Ute Lemper will inaugurate the stage of ›Embassy Ballroom‹ on Tuesday, 27th December 2016. The »unapproachable diva« has made her mark on stage, in films, in concerts and as a unique recording artist. She has been universally praised for her interpretations of Berlin Cabaret Songs, the French chanson as well as her portrayals on Broadway, in Paris and in London’s West End. 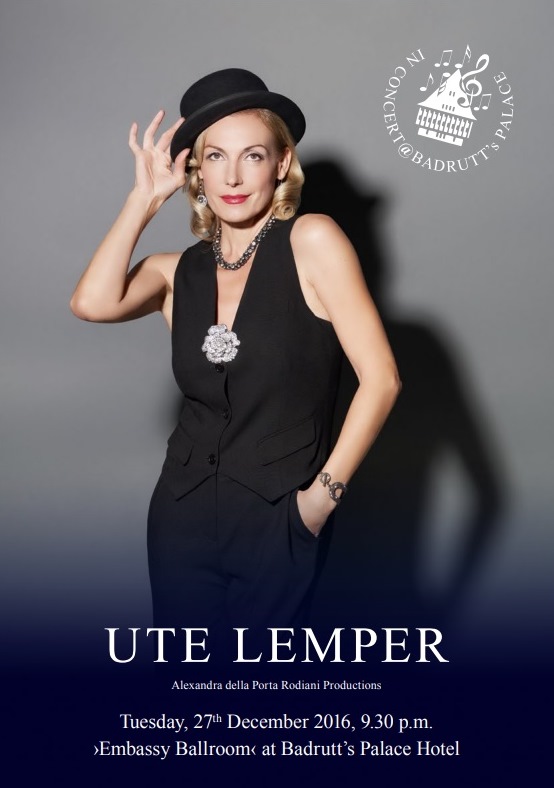